Well along with the temp being a little hot apparently RL22 is really temp sensitive. And for some reason I had a new 221fb case seperate. 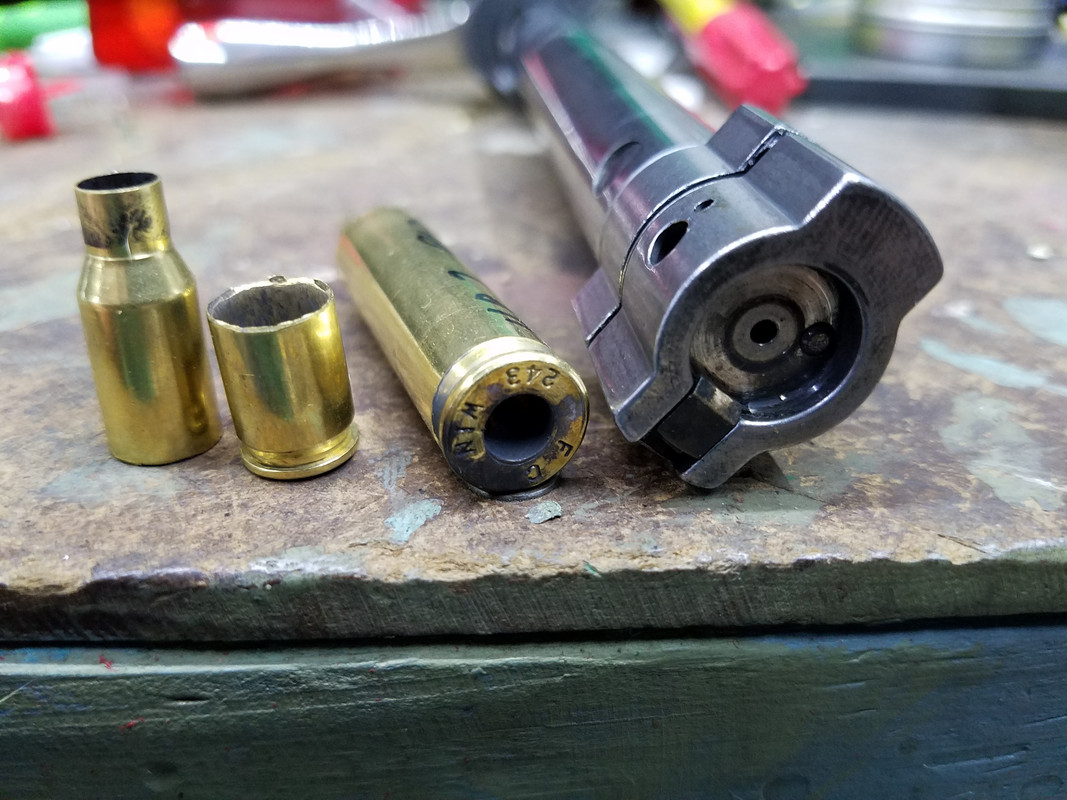 Knocked the primer clean out of the 260ai and stuck the ejector. Luckily the 221 case fell out when I tipped it up.
The fireball shot well and I wish I had a lightweight rifle chambered in it because it's just fun!
Walking to the 300yrd line 3 different times just sucked in the heat!

· Registered
Joined Dec 23, 2009
·
5,671 Posts
Prairie dog ammo is all loaded and boxed up ready to put in the truck! I did load all of it on the lighter side to be safe and all but the fireball is Hodgden powder. But I'll pack a hammer just in case!

Of coarse the bolt opened right up on that round. Casehead still measured .473 but the pocket was blown out to .218". Don't think it'll hold a primer.

T.D.C. said:
Shane, I just found a NIB CZ 527 in 221 FB. When gander was going out of business, I played the waiting game. it was a unusual caliber for around these parts so I figured I could hold out a bit. it finally got to $525 and I couldn't stand it / risk it. It shoots very well with factory Nosler 40 grain that I bought for accumulating brass.
Click to expand...

That would be the ticket right there! Mine is on a Savage action with a single shot adapter and a 24" 1.250" straight barrel....recoil is nothing....carrying it is a different story. I'll likely buy a 221FB reamer so I can do another barrel,just a little bit more carry friendly.
1 - 3 of 3 Posts

This is an older thread, you may not receive a response, and could be reviving an old thread. Please consider creating a new thread.